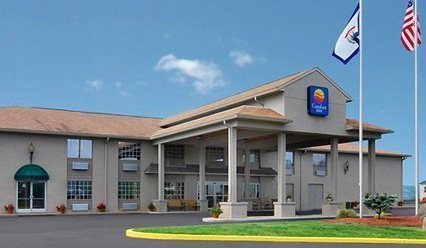 Nationally, hotel occupancy is currently running about 64%, up from 62% last year, while Average Daily Rates (ADR) continue to climb: $110 versus $105 last year.

Viewed from a chain scale perspective, Luxury is the most robust both in terms of absolute numbers and the rate of increase. In this segment, occupancy stands at 79% versus last year’s 76% and ADR is at $297 versus $278.  Luxury is followed  by Upper Upscale, Upscale, Upper Midscale and Independents. Midscale and Economy are at the bottom, with occupancy for economy properties of only 55% versus 54% and ADR of $53 versus $51 last year.

The strongest locations  are urban and resort, followed by airport. Among the top 25 markets, Miami is a standout with more than 89% occupancy presently and a $235 ADR (no doubt contributed to by the Sperry Van Ness 2013 National Conference). Other markets enjoying more than 80% occupancy include: New Orleans, New York, Oahu, Orlando Phoenix and Tampa.

Norfolk was at the bottom with only 48% occupancy, representing a 3% decline.  San Diego lost 3.2% occupancy points, down to a still healthy 71%. These markets  are heavily influenced by military and defense contract business,  and thus, are beginning to feel the effects of sequestration.  Sequestration also mean automatic spending cuts, including all non-essential government travel,  making the pinch felt in places like San Antonio, where the September National Defense Forum and Expo was cancelled, and in Northern Virginia and Washington, DC, where more than 30% of the market is government and government contractor business.

From a transactional viewpoint, 2013 looks promising. Smith Travel Research (STR) projects hotel transactions of between $15 and $20 billion, up from about $12.5 billion last year but down from 2011’s $19 billion, which was driven by major hedge fund and REIT transactions. To give some perspective, five of the last ten years’ volume was under $15 billion.

Until now transactions were powered by cheap debt and commensurately low cap rates. This was coupled with very limited lending for new hotel construction that kept supply growth at only about 0.3%, which in the face of increasing demand, allowed hotels to increase their average rates. However, according to STR’s latest numbers, hotels in construction are up 39.9% year-over-year. The active pipeline includes  more than 320,000 new hotel rooms, equal  to a whopping 10% increase. Nevertheless, STR predicts that demand growth will continue to outpace supply growth through 2014, with RevPar increasing between 5.7% and 6%  through next year.

The bottom line is that hotel owners who have enjoyed a rebound, even if not to the extent of 2007 peak levels, should consider the opportunity to sell in the near term on the strength of improved revenue before the effects of sequestration, supply growth and inflation bring down hotel values.

Hotels are operating businesses housed within commercial real estate boxes. As such, their value is based on the revenue and profit earned by the business, and fluctuates accordingly.

Hotel values dropped precipitously following the start of the recession in Q4 2008 with cutbacks in corporate, group and leisure travel. Hotels responded by slashing their rates in order to compete for what little business was available.

Since 2010,  recovery has been steady but slow, driven first by occupancy improvements, followed by room rate increases. Initially, the greatest improvements in both occupancy and average daily room rates (ADR)  was seen in the luxury segment.  In 2012, upper mid-scale and upscale enjoyed the greatest increase in rooms sold. Regionally, the West South Central and Pacific had the highest growth in rooms sold, year over year. Some markets, notably Manhattan, have seen dramatic demand improvements, which has spurred a hotel building boom there.

In most markets, supply growth has been constrained by limited  availability of financing. According to Smith Travel Research, for the trailing 12 months through November 2012 supply is up  0.4% while demand increased by 3%. That’s a great dynamic for the industry that has translated into an increased Revenue Per Available Room (RevPAR) of 6.8%.

For the 2012 year to date through November, performance for in the hospitality market in the United States was as follows:

Hotel transaction volume was down 25% in Q3 but looks to be up 25% in Q4 compared to last year, driven by large portfolio transactions. On an individual property  basis, sales volume was flat, according to Real Capital Analytics.

Average price per room was $164,015 for full service and $64,233 for limited service. There continues to be strong buyer demand for deeply discounted distress opportunities, while publicly  traded REITs focus on major markets: seeing acquisitions in non-core markets as diluting the value.

In their 2013 outlook, hoteliers are less optimistic than in 2012. They see top line growth slowing with resistance to rate increases, while operating costs will increase at a faster rate than revenue, thereby putting pressure on profitability. In addition, the brands, which have shown patience and flexibility during the recession, are expected to tighten up on Quality Assurance standards and Property Improvement Plans (PIPs) associated with license renewals and hotel sales.

We expect that many hotel owners who struggled to hold on through the recession and benefited during recovery, will decide to sell in 2013 in light of anticipated slowing profits and before pent up buyer demand abates. This should bode well for brokered transactions in the hospitality arena.