In the spirit of one of Sperry Van Ness International Corporation’s (SVNIC) main ideals, collaboration, its Chief Operations Officer, Diane Danielson, and Vice President of Organizational Development, Solomon Poretsky, team up for a healthy debate on social media. They were both asked, “In the world of commercial real estate why does, or doesn’t, social media matter?” Below you will find their arguments. (Queue the bell ring because these two know how to put up a fight.)

Let’s start this with a two question quiz:

How many listing agreements have been signed via Twitter?

How many properties have changed hands through a LinkedIn status update?

If you answered D to both, you’re right. You also know why social media doesn’t matter. But, keep reading, anyways.

Commercial real estate brokers need both marketing and sales activities to drive their businesses forward. The work that you do to MARKET yourself makes it easier to convert prospects into clients and put them into your SALES funnel.

Think about prospecting by telephone. If you don’t have anything good to talk about and the people in your database don’t know who you area, prospecting can be successful, but it’s usually hard to do. On the other hand, if people know you and have all sorts of things to discuss with you, prospecting is not only easy but also pleasant. That’s what marketing can do for you, and social media is a marketing tool.

However, the problem with marketing is that, by itself, it won’t create sales. Even if you have an excellent social media campaign and it gets people to start calling you, you will still have to convert them into clients. So, you still need sales activity to drive your commercial real estate business.

To understand why social media doesn’t matter, picture two dart players. One is blindfolded, knows roughly where the dart board is, and has lots of darts to throw. The second is an expert dart player – a tournament winner, in fact – but has no darts and doesn’t feel like playing. Which do you think is more likely to hit a bull’s eye? The first one might not be very good, but at least she’s going to try, and the odds are that she’ll eventually hit one. The second one, on the other hand, is guaranteed to not hit a bull’s eye since he isn’t even trying.

The second dart player is a lot like a commercial real estate Advisor or broker with an excellent marketing campaign who sits back and waits for the phone to ring. Lots of Twitter followers or Facebook Likes might look good, but social media isn’t where business gets done. The first dart player, on the other hand, is like a broker that keeps showing up. Sure, she might not be that polished, and she might be working harder than she needs to, but at least she’s closing deals. Ultimately, if you aren’t doing what you know is required to drive sales, social media won’t help you.

By the way, the best option? Be great at sales and at marketing, including social media. If you’re talking to people aggressively, and they know who you are thanks to both traditional marketing and a strong social presence, you’re more likely to not only succeed, but succeed with less effort. 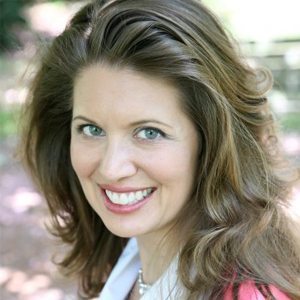 Social media matters in commercial real estate in much the same way email and telephones matter. It’s a form of communication. Whether you use it or not, doesn’t stop others from doing so, which means you might be left out of some of the conversation. This may matter more or less, depending on where you are in your career.

Whether social media matters or not is a sliding scale. For those who are younger or newer to the business, it’s a great way to build credibility.  If you start writing market updates and sharing them through social media, you will define yourself as an expert in your market or specialty.

For anyone more senior, you might already have that reputation with your existing networks, but doing the same could expand your expertise to newer networks; especially those decision-makers who are closer to 30 years old than 50 years old.  Shunning social media can make one appear out of touch to a growing segment of potential clients.

Finally, LinkedIn is the ultimate B2B platform with 300 million participants on it already; it’s the ultimate who’s who and a shortcut to get to almost everyone.  In many cases, your LinkedIn profile may not be just the first impression a client might have, but the only impression. At the very least, all brokers and advisors need to have an up-to-date LinkedIn profile.

In today’s world, I assume that anyone who contacts me would have at the least, knowledge of anything on my LinkedIn profile.  I also expect that any commercial real estate Advisor or broker would be tracking their clients and markets via Twitter, as well as LinkedIn. Twitter can be a good resource for market information and not just from CRE individuals. Really knowing a market means knowing the local businesses and politics and Twitter is a valuable tool for following local press, planning boards, businesses, etc.  If you are not on Twitter, you could be missing real time information that could be valuable to your clients.

While there will always be the stories about deals being made strictly due to social media, this is unlikely to be the norm.  However, could it be the factor that gives a commercial real estate Advisor an edge? Of course, and who wants to be that Advisor who didn’t give him or herself that edge over the competition?  This is one of the reasons,  Sperry Van Ness® Advisors put their featured properties on our Monday Morning Sales Call, which is then pushed out through social media channels (Twitter, LinkedIn, Facebook and Google+) as well as featured in slide format on SlideShare and in video format on YouTube.

At Sperry Van Ness International Corporation, our Advisors don’t give just themselves an edge, they provide that same edge to their clients. And, that’s our secret to repeat business.

So, does social media matter in commercial real estate? It depends on whether you are the type of exemplary Advisor who appreciates the value of having an edge on the competition.