It’s no secret that the nation’s corporate landscape is lacking in gender diversity. Only 11.8% of executive officer positions in the 100 largest public companies in Massachusetts are held by women. With women occupying just under half of the nation’s workforce and earning over half of the nation’s bachelor’s degrees, this 11.8% is a problem — which is why Sperry Van Ness International Corporation President and CEO Kevin Maggiacomo testified at the Massachusetts State House this past Tuesday, July 21st in support of Bill S1007: Resolutions to encourage equitable and diverse gender representation on the boards of companies in the Commonwealth.

As one of several prominent Massachusetts CEOs testifying at this hearing, Maggiacomo used his own experience in the SVNIC leadership ranks to help illustrate his point that gender diversity should be a priority on all executive boards. Following his 2013 realization that SVNIC needed more diversity in its leadership, Maggiacomo restructured his executive team to include more women. This restructuring was an obvious success, changing the company for the better. “We now operate as a think tank for new ideas… we are engaging in healthy debate, and our profitability has increased by more than 100% and we now rank as one of the largest real estate services firms in the United States,” said Maggiacomo during his testimony.

In his SVNIC example, Maggiacomo proved that gender diversity in corporate leadership is more than just a nice thing to do. “There is irrefutable, verifiable evidence that women in greater proportions in companies improves decision-making and shareholder value,” said Maggiacomo. “It’s not just my opinion. Diversity and gender balance are the engines of innovation, and we’re doing everything in our power to ensure that this structure remains in place; and I encourage the passing of the resolution that encourages companies in the Commonwealth to do the same.”

The resolution, which passed favorably following the hearing, states that all Massachusetts companies will be expected to adopt policies and practices designed to increase the gender diversity in their boards of directors and senior management groups, as well as set goals by which to measure their progress.

Maggiacomo was no stranger to this issue prior to his testimony. As the leader of the 50/50 by 2020 campaign, he advocates for gender balance in corporate leadership. This campaign aims to establish a 50/50 mix of men and women within leadership roles by the year 2020.

Gender diversity and equality will not happen overnight. But we are one step closer thanks to Maggiacomo’s efforts and the favorable outcome of Bill S1007.

UPDATE: S1007 has passed the Massachusetts senate and is headed to the house.

To read more about Sperry Van Ness® and diversity, download our report here. 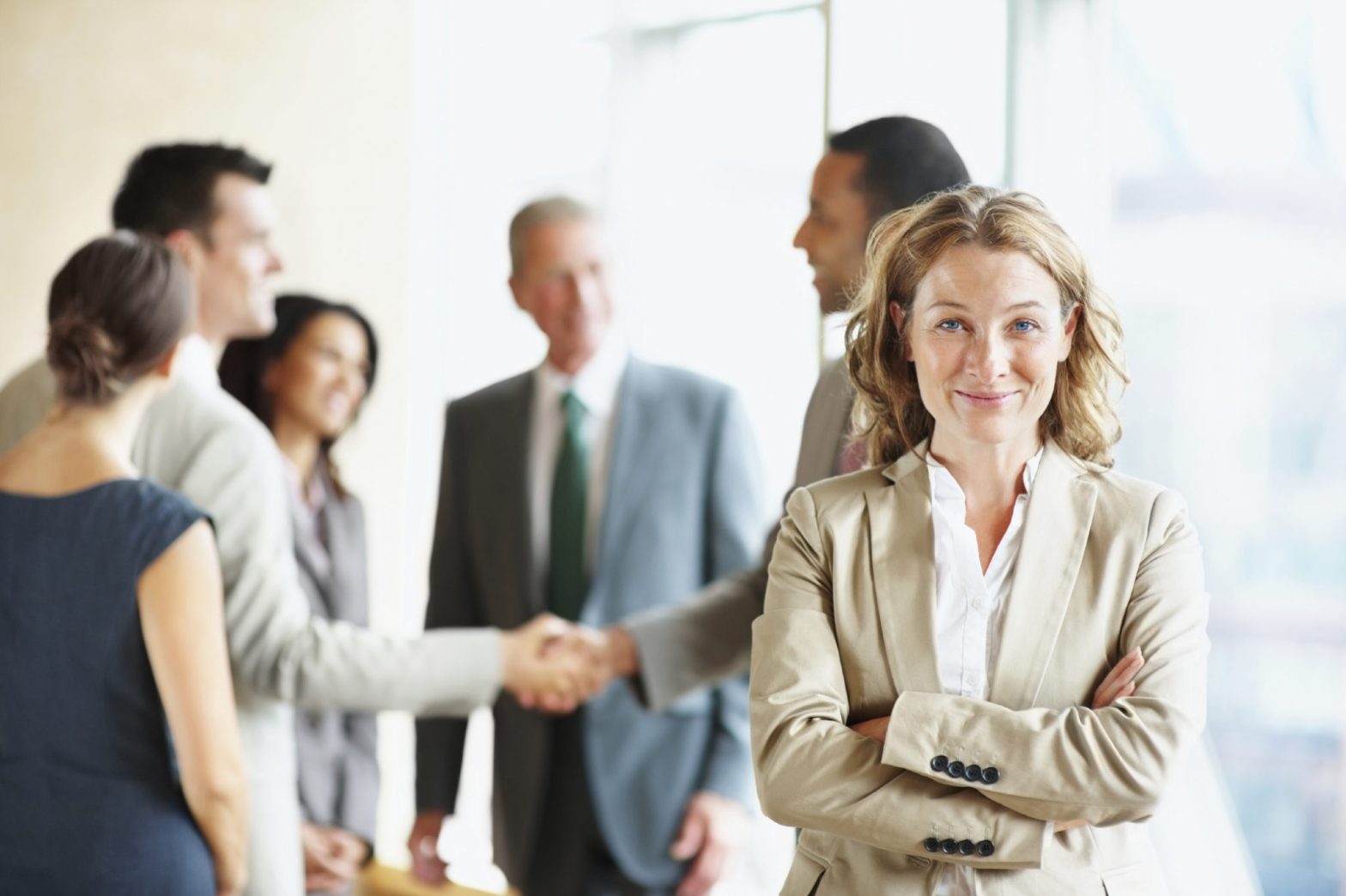 Sperry Van Ness International Corporation (SVNIC) CEO Kevin Maggiacomo recently sat down with the Young Presidents’ Organization (YPO) to discuss why closing the gender gap is so important in commercial real estate and beyond. This is not a new charge for Maggiacomo and SVNIC who not only are founding members of 50/50 by 2020, an organization promoting gender balanced leadership, but also leaders by example after restructuring their executive management team to include more women.

Below find the full interview as it appeared in YPO.

YPO New England Chapter member Kevin Maggiacomo is a man on a mission to create gender-balanced leadership in all organizations worldwide by the year 2020. He will be the first to tell you, however, that this is not exclusively his mission or his initiative.

He kicked off 50/50 by 2020, a grass roots, web-based movement which sprung out of a recent TEDx talk he delivered. It has evolved into an international conscious leadership in expanded areas, including Maggiacomo’s own company, Sperry Van Ness. He joined YPO in 2010.

A: The movement came about after going from the unconscious to a more conscious way of thinking about leadership and its positive effects on business. Within our own organization, Sperry Van Ness (SVN), there existed a disproportionate number of women who were high performers, yet we weren’t bringing any intentionality to recruiting and developing women. There was a pool of talent not being fully tapped into.

Q: How did you incorporate gender balance at your company?

A: My wake-up call came during one of our SVN executive meetings in 2013. Looking around the conference table I saw that nearly all of our execs were white, male baby boomers. In that meeting we were creating our second wave growth plan, which demanded not only high innovation and creativity, but also healthy debate. I saw the polar opposite. Individual concerns were being set aside for fear of upsetting the group’s balance … sort of a “don’t criticize my ideas and I won’t challenge yours” dynamic. We weren’t getting the job done. This was groupthink at its worst.

It was caused by imbalanced perspective born of a gender-imbalanced executive team. The price was high and obvious. In that moment I recognized that bigger results would follow once I put in place a program which caused our leadership balance to shift.

In the 18 months that followed, we restructured our executive team which is actually now imbalanced at 60 percent women but hitting on all cylinders. We operate as a think tank for new ideas, we aren’t striving for harmony in our meetings, our profitability has increased by more than 100 percent and we’re trending positive across all key performance indicators.

To take things a step further, we restructured our statutory board this past April and it, too, is now gender balanced. Diversity and gender balance are the engines of innovation, and we’re doing everything in our power to ensure that this structure remains in place.

In doing this, we realized that this isn’t just good for our company, but for the world. We wanted to open up the thinking to everyone in order achieve a wider ripple effect, and 5050×2020 was born.

Q: Why do you think it’s important?

A: First, this isn’t solely about giving back or doing the right thing. The business case for gender balance is rock solid. Our company’s category results aside, in the United States, women hold about 14 percent of executive officer positions and 17 percent of board seats. However, research by Catalyst found Fortune 500 companies with the highest percentage of female corporate officers reported, on average, a 35.1 percent higher return on equity and a 34 percent higher return to shareholders than companies with the lowest percentages of female corporate officers. So this is about generating better results as much as anything.

Second, striving for gender balance — and diversity for that matter — is the right thing to do. In 1970, American women were paid 59 cents for every dollar their male counterparts made. In 2010, compensation for women rose to a mere 77 cents for every dollar men made. And if change continues at the same slow pace as it has for the past 40 plus years, it will take almost another 50 (until 2056) for women to finally reach pay parity. It’s important that we work to change that.

Q: What role do men play in gender diversity?

A: Men remain an often untapped resource for affecting gender balance. Men simply haveto play a role if we’re to affect meaningful change. There exists a preponderance of men in leadership positions who have the power to make these changes and position their businesses for better financial results. Yet, there aren’t enough male ambassadors for this change.

The gender balance issue, as I see it, has historically been framed as a women’s problem or burden, but it’s not. It’s a problem which affects all stakeholders. It represents an opportunity which, if properly harnessed, will create better leaders, better products and better results for all involved.

Men have to become gender-balance champions for change, and much of their work has to be pointed towards other men who aren’t yet fully on board with the opportunity.

Lastly, men cannot sit idly on the sidelines waiting for change. The change is coming, and those companies that don’t bring a level of intentionality towards affecting gender balance in their own organizations will be relegated to mediocrity at best or obsolescence at worst.

The Women’s YPO Network brings together nearly 1,000 male and female members dedicated to connecting and empowering female chief executives. Photo from the February 2014 WYN Board Boot Camp in Los Angeles.

A: It’s naive to think that people will change in six years. However, if you look at past movements in history, meaningful change occurred because there was a vision, an appetite for disruption and a plan to set the course for long-term change. We’ve reached the tipping point where people recognize the need and value.

Not all men will support or even give the movement attention, but I hope those who see the value in having a diverse leadership team will embrace it. The benefits are obvious: It raises value and draws IQ from 100 percent of the population versus 50 percent (of just men). It’s just good for business.

Q: What do you think of some countries’ quotas for women leadership on boards?

A: Legislated gender quotas are controversial and punitive by design. That route is more of a “checkbox effort” where people are assigned positions because of their anatomical differences. Gender quotas in Scandinavian countries have yielded marked growth in the percentage of women on boards. That said, I’m not certain that these companies are better built given their mandated path to gender balance.

I’m a proponent of the free market affecting change through awareness and a better understanding of the powerful business case for gender balance. Show CEOs the money, and action will follow. I’m a firm believer in that.

Q: What can YPO members — male and female — do?

A: Evangelize. Talk about the opportunities which gender balance will create. Discuss the movement inside and outside of your organization, and help people — through all ranks of employment — see that the change will yield a competitive advantage. Talk about the movement in forum. Focus the conversation more on the benefits as opposed to it being a noble cause. Call it conscious capitalism or growing business at a faster rate while simultaneously elevating humanity … but focus on the fact that gender balance is simply good for business.