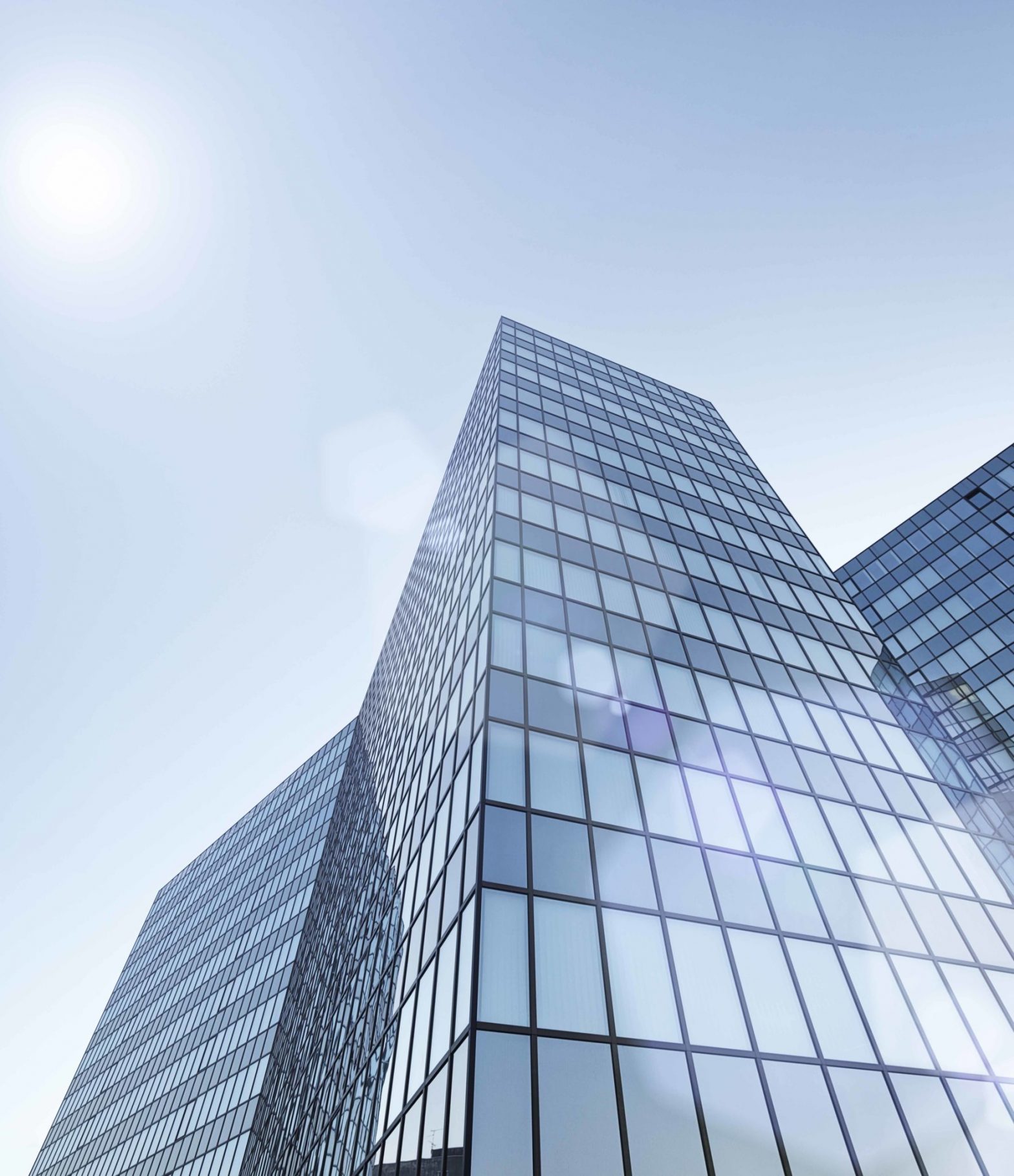 As we look forward to 2015, I am pleased to share my perspective on the exceptional year now behind us and to offer an updated outlook for the economy and commercial real estate marketplace. Before I do that, I would be remiss if I did not thank our Sperry Van Ness® clients, Advisors, staff, and fellow brokers for their contributions in driving our organization’s continued growth and commitment to innovation. I know that I speak for all SVN Advisors and staff when I wish you a happy and prosperous year ahead.

From Recovery to Expansion

Commercial real estate investors begin 2015 in their strongest position since before the financial crisis. Across a broadening swath of the nation’s cities and regions, property fundamentals and values are rising, drawing a wider range of buyers, sellers, and lenders back from the sidelines. This convergence of market participants pushed commercial real estate property sales volume to nearly $425 billion in 2014, according to Real Capital Analytics, up 17 percent from a year earlier. In the multifamily sector alone, Chandan Economics reports that new lending approached $100 billion.

Of course, commercial real estate’s momentum is not building in isolation. Supporting demand for space and investment, underlying conditions have improved in the domestic economy and labor market, as well. The firming trends are captured in the numbers: while not evenly distributed, corporate profits set new record highs in 2014; as more profitable businesses have returned to hiring and household balance sheets have been further repaired, consumer sentiment has climbed to its highest level in more than a decade.

The transition from recovery to expansion has clearly taken longer than in previous business cycles. A shifting regulatory environment and dislocations in the financial system have been among the reasons for the lag. Subsuming both of these, the tenuous path of the job market has persisted as a source of concern for central bankers, investors, and everyday Americans. At least by economists’ reckoning, this summer will mark the sixth anniversary of the end of the Great Recession and the beginning of a slow recovery in economic output. Employment gains have come later and at a more modest pace. For the families whose jobs fill the nation’s office buildings and whose salaries and spending support our retailers and industrial fulfillment centers, it hardly feels like a long-established recovery.

The job market has been called the weakest link of this recovery and not without good reason. In the depths of the financial crisis, employers shed more of their payrolls than during any prior American recession. From its trough in 2010, the count of employed Americans has taken more than four years to recoup its losses fully. The job market reached and surpassed that milestone last year. Not only did we surpass the pre-crisis peak in employment, 2014 was the best year for job growth since 1999. Employers added nearly 3 million new jobs in 2014 and seem poised to go even further in 2015. As the labor market tightens and businesses find themselves competing more aggressively for talented workers, healthier wage growth should also take hold.

Even as economic and job trends have improved in the United States, institutional investors’ drive to safe havens has been reinforced by a challenging global outlook. Reflecting the divergence of momentum in the United States from the troubled near- and medium-term prognosis for Europe and the world’s oil-exporting nations, the global appetite for high-quality American assets has defied expectations. This is most apparent in the Treasury market, where low rates have contributed to higher property prices and eased the stress of maturing loans from the heady days of 2006 and 2007. The 10-year yield fell below 2 percent in January, trumping economists’ expectations as it has tumbled to within 30 basis points of its all-time low.

Balancing the aversion to risk with a need for higher yields, investors have continued to channel capital into core multifamily and commercial real estate. In the largest gateway markets, including Los Angeles, New York, San Francisco, and their coastal peers, inflows of domestic and foreign capital have lifted prices further and pushed nominal cap rates to new cyclical lows. Across all property types, Real Capital reports that transaction volume in Manhattan alone surpassed $42 billion in 2014. Los Angeles, Chicago, San Francisco, and Dallas followed Manhattan. The foreign share of that investment activity is increasing. Among the year’s cross-border highlights, China’s Anbang Insurance Group purchased the Waldorf Astoria hotel in New York for $1.95 billion, the highest price ever paid for an American hotel. As foreign investors with more complex investment objectives focus their attention on large American properties, competition for trophies has intensified.

The intensity of competition in primary markets has enabled stronger capital flows to secondary and tertiary markets, narrowing the pricing and volume gap between the largest and most liquid metro areas and their relatively smaller peers. Even among large institutional investors that historically have ring fenced themselves along the coasts, attentions are shifting. Capital has also flowed with increasing ease to non-core property types and value-add assets. In a marked contrast with just a few years ago, there are few corners of the property market that still remain starved for either equity or debt. If transaction activity has rebounded more slowly than buyers’ readiness to expand their portfolios, a dearth of high quality properties for sale has been the culprit.

Market momentum is expected to carry well into 2015 and 2016, particularly outside the gateways. According to the Urban Land Institute’s Real Estate Consensus Forecast, commercial real estate transaction volume will edge higher this year. Supporting smaller deals and private investors dependent on secured financing, it is widely believed that CMBS issuances will surpass $100 billion in 2015. Just as important for private buyers in the mid-cap property market, Chandan Economics reports that commercial real estate loans held by banks reached a new high in 2014 and will climb further. Banks are also returning to construction lending in larger numbers, anticipating higher land prices and an uptick in development activity.

The rebalancing of the primary and secondary market bifurcation is not the only change in the geography of commercial real estate activity. Multifamily investors can attest to a new generation of urban renters with a strong preference for access to amenities, transportation infrastructure, and a better balance of work, life, and play. Those preferences are also factoring into the location decisions of businesses that want to compete for talented labor and service- and experience-oriented retailers seeking proximity to their customers. Beyond the handful of truly around-the-clock cities, this downtown co-location of renters, jobs, retailers, and fulfillment centers will see 18-hour cities take on greater relevance for investors this year.

These trends coincide with larger disruptions in the ways that American households and businesses use space and the ways buyers invest in it. In the workplace as in the real estate business at large, collaboration and open platforms are replacing outdated models that rely on fragmentation and information asymmetry as sources of advantage. Market participants that are not adapting and are instead guarding information and relationships run the risk of irrelevance. At the other extreme, the extraordinary potential of new technologies is apparent in startups that are crowdsourcing both data and financing. The early success of the newest generation of entrepreneurs underscores that real estate can be a breeding ground for innovation and that adaptability will be critical to success for all market participants.

Whether in terms of fundamentals or investment, the prospects for the economy and commercial real estate over the next year are bright. There are risks to the outlook, primarily from the global slowdown and geo-political instability. So far, there is little evidence of spillovers into the United States. Instead, the American economy and industry are on the move, bearing enormous opportunities. Advisors who are also innovators will play a critical role in seizing those opportunities and in bridging the gaps between buyers and sellers and between tenants and landlords.