SVNIC is the 6th most recognized commercial real estate brokerage brand according to the Annual Lipsey Brand Recognition Survey. Unlike most national commercial real estate service firms, the SVN® organization is seeking individuals, teams and firms who want the freedom to be their own boss and to grow their existing business.

With an SVN® Franchise, we provide you with the training, resources and tools you need to run an independently owned office. We also provide you with a real estate community spanning 200 locations serving 500 markets. Every member of our SVN® organization is familiar with our core covenants and our unique culture. To find out more about our culture of compensated cooperation and putting clients’ interests first, you can join us on our SVN Live™ Open Sales Meeting, which is open to the industry.

[bctt tweet=”SVN is seeking individuals, teams and firms who want the freedom to be their own boss. #CRE”]

A large swathe of Downtown Brooklyn was rezoned in 2004 with the intention of transforming the neighborhood into a back-office haven rivaling that of Jersey City. Over the following decade, developers instead jumped at the chance to reposition defunct industrial space as new luxury condominium offerings. More recently, the burgeoning tech sector has fueled demand for flexible office space with less traditional formats. The structured suit-and-tie regimes of Manhattan’s Midtown office submarket have been ill-suited to the preferences of these prospective tenants. Capitalizing on the opportunity, building owners in and around DUMBO, Brooklyn Heights, and the Brooklyn Navy Yard have branded their area as the Brooklyn Tech Triangle. The Dumbo Heights complex (housed in the old Watchtower buildings which once served as the headquarters for the Jehovah’s Witnesses) is currently being refurbished, but already has major leases with e-commerce site Etsy, and co-working front-runner WeWork. The Brooklyn Navy Yard houses manufacturers of parachutes and bullet-proof vests, but now increasingly is attracting architectural and design firms for use of its office space. The downtown Brooklyn office vacancy currently sits at less than 4% with TAMI tenants (technology, advertising, media and information) clamoring for more space. Developers are looking to other neighborhoods in order to service the demand, and are making bets on offices in Fort Greene, near Pacific Park (formerly Atlantic Yards), and industrial space in Sunset Park as the next hopeful TAMI magnets.

To read more on Brooklyn and other top office markets, download the full version of the 2015 Office Market Update report here. 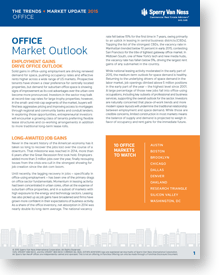 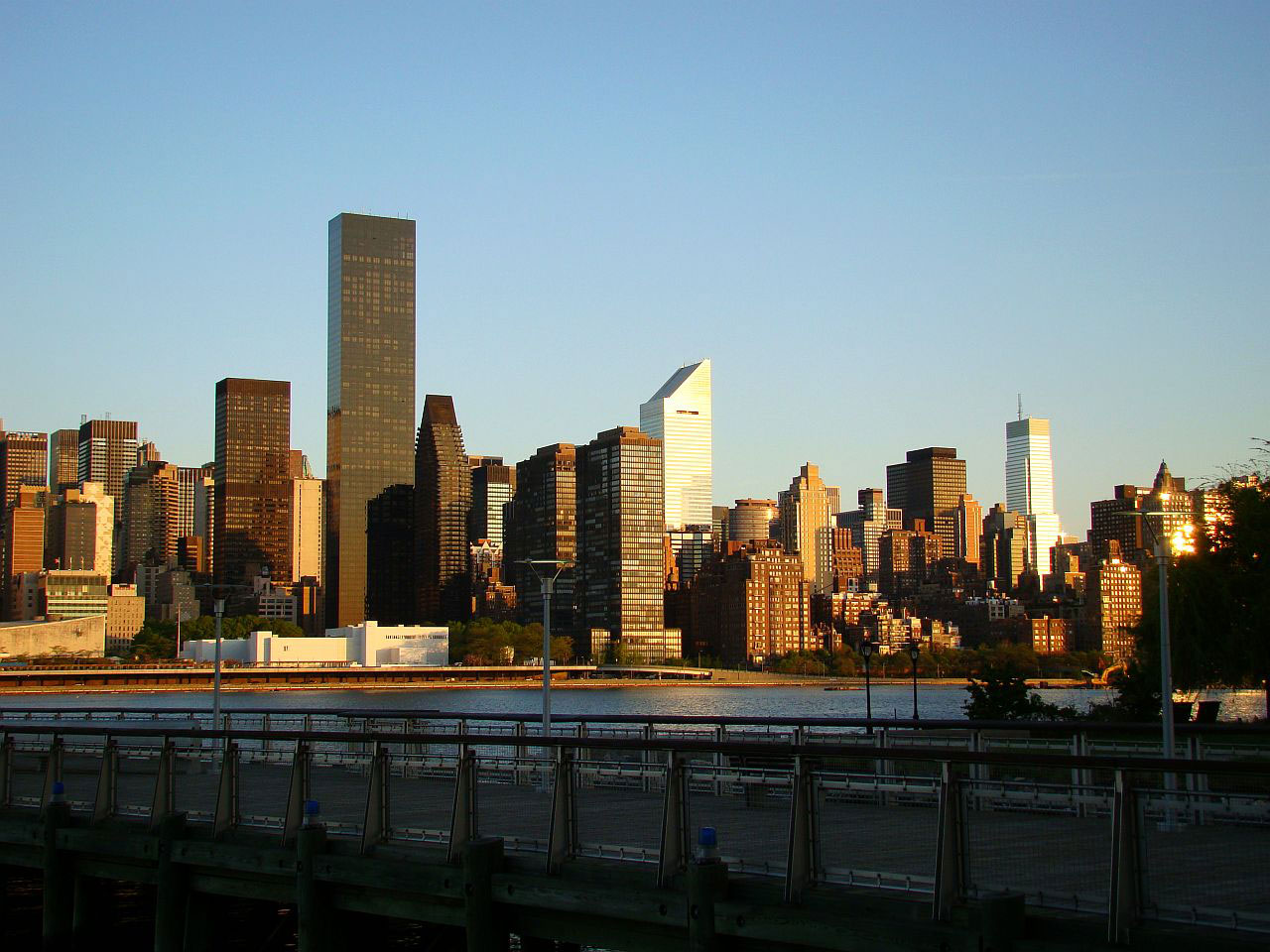 Retail is booming, as it always seems to be, in the major shopping districts of Manhattan. The Fifth Avenue corridor below Central Park has stolen Hong Kong’s Causeway Bay crown as the most expensive retail market, with rents for the top deals exceeding $3,000 per square foot. Even when incumbents leave the luxury corridor, their spaces are not vacant for long. Microsoft announced it would take over the space vacated by Fendi, which moved to a no-less-swanky Madison Avenue location in 2014. Microsoft’s new location will be its first flagship to compete with the ubiquitous Apple retail stores.

New York City neighborhoods are seeing an increase in demand for space driven by a strong local economy and large-scale infrastructure and development projects that will transform entire submarkets. In Lower Manhattan, several national tenants are actively in search of spaces near the World Trade Center as the full vision for the neighborhood reaches fruition. Saks Fifth Avenue announced that it would take 90,000 square feet in the adjacent Brookfield Place center as well as open a Saks Off 5th store in 1 Liberty Plaza, the first of its kind in Manhattan. Additionally, Neiman Marcus announced plans to open its first Manhattan location in 2018 at the Shops at Hudson Yards, currently under construction. Not every part of the borough can boast runaway success in retail leasing. While residential investors are betting on the opening of the Second Avenue Subway in East Harlem and the Upper East Side, retail leasing activity has not picked up significantly in anticipation of the new line.

To read more on Manhattan and other top retail markets, download the full version of the 2015 Top Retail Markets to Watch report here.