2. What’s your latest best practice tip that you can share?
I recommend setting aside time for monthly business planning. It helps me stay focused on the big goals while working each day to make business happen. This is equivalent to working ON your business and not IN your business –

3. What’s been the biggest change over on how you run your business in the past decade?
My biggest challenge was committing to focus on one product type which for me is land.

4. What business book do you like to recommend to your colleagues?
I highly recommend, “The 7 Habits of Highly Effective People: Powerful Lessons in Personal Change” by Stephen R. Covey

5. What’s a fun fact that not everyone knows about you?
Not a lot of people know that I am a wetland and waterfowl biologist by training. 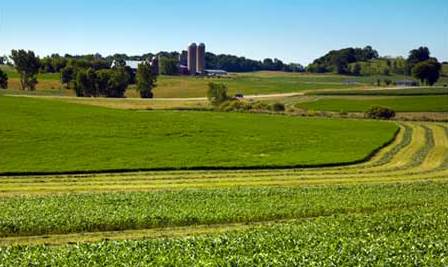 Ben Alder, an advisor from Sperry Van Ness/Miller Commercial Real Estate out of Salisbury, Maryland, is a contributing author for LandThink. By bring together various components of the land industry, LandThink is able to provide knowledge, ideas and networking opportunities to land professionals and investors to create a stronger land marketplace.

In a recent article, Ben takes a closer look at farmland values and the economic principles driving the value.

The last serious decline to farmland value occurred in the 1980s. Since then, annual growth in some states has risen in the double digit range, while between 1994 and 2004, the national average farm real estate value increased between 2 and 4 percent. Contrasting this to 2005 and 2006 they increased by 16 and 10 percent, respectively. The recession of 2008 to 2009 did bring some modest dip in farmland value, the hardest hit states were those with greater levels of suburban development and urbanization, a factor very well understood on the Eastern Shore of Maryland and other Mid Atlantic States. In 2010 to 2011 states in the Corn Belt and Great Plains experienced significant growth in cropland values including a 31 percent spike in Iowa. While prices sky rocketed in these bread basket States, areas of the Southeast and Northeast experience declines in value as transitional influences changing land use in these more urbanized markets continued to trail off. Greater detail on this research can be garnered from the September 2012 edition of the Economics of Food, Farming, Natural Resources and Rural America Journal produced by USDA’s Economic Research Service.

To view Ben’s article in its entirety, click here.